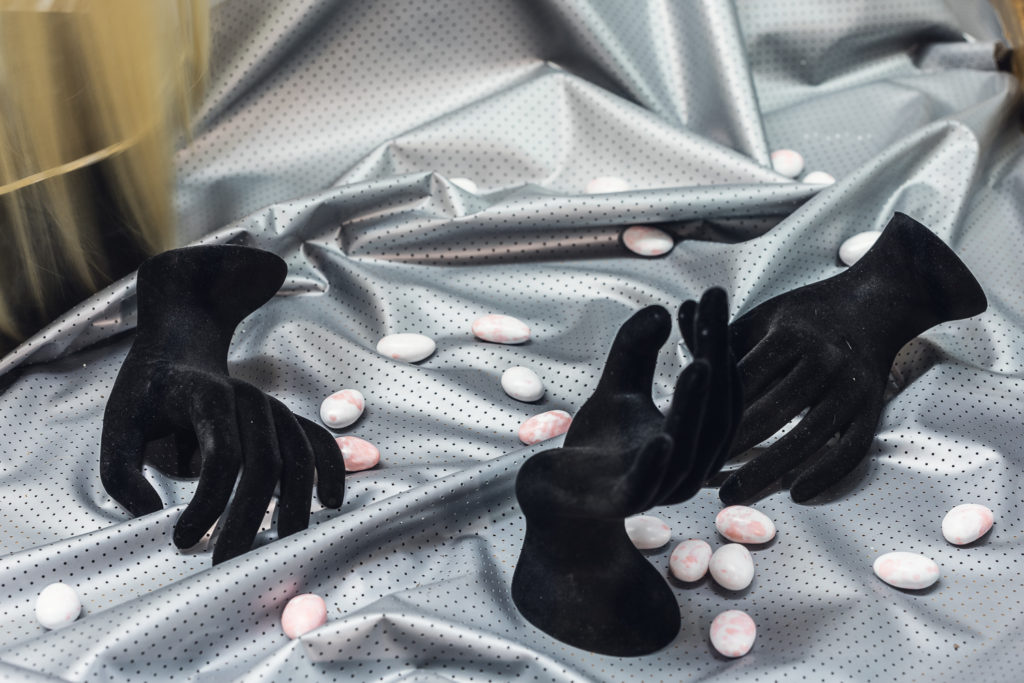 Società delle Api, founded by Silvia Fiorucci Roman, hosted Anna Franceschini and Alessandro Bava’s residency at Le Moulin des Ribes in Grasse.
Anna Franceschini is an artist, filmmaker and researcher; Alessandro Bava, an architect and writer. They both question and reflect on the concept of “display,” intended as the combination of techniques, aesthetic models and discourses that give shape to the human-made habitat.
The aim of the residency was to create the conditions for a fruitful and focused writing session for the participants and for the exchange of knowledge, critical thoughts, and new ideas. The process was fostered by the episodic presence of artists, theorists and thinkers who were announced along the way.
Anna Franceschini is working on a PhD which focuses on the storefront window as a dispositive contiguous to cinema and contemporary diffused spectacularity. At the same time, she reflects on the conceptual proximity among the mise en scene of goods, exhibition design and the “display” practice in the contemporary art system. She investigates the urban visual landscape through the phenomenology of the commercial lieux, the visual seductive manifestation of a basic urban activity, namely trading goods. Avoiding a sociological perspective, her aim is an aesthetic analysis, which allows to draw a direct line between the development of the urban iconosphere and the increase of a diffuse cinematic sensitivity. Simultaneously, taking an inverse path, she tries to reconsider a cluster of moving images examples, to be analyzed in terms of “films as displays.”
During the residency period, Franceschini had the opportunity to formalize the ongoing research in written sections of her thesis in order to finalize a publication which featured part of the writings and the iconographic research. The literary format of the publication was questioned and discussed during the residency.
Alessandro Bava is researching the impact of automation technologies and augmented intelligence on the built environment and on architecture as a theoretical construct. In a recent essay titled “Intellectual Work and Augmented Intelligence,” which emerged from a new reading of a little known text, written in 1969 by architectural historian Manfredo Tafuri, he outlined a provisional critical framework for augmented intelligence. In particular, he identified the necessity to abandon attempts to develop a specific “style” of design linked to the languages of computation and the aesthetics of mathematics, and oriented toward the mantra of newness seen as an unquestioned and unquestionable telos of any material production. Architectural knowledge should rather be reaffirmed as the specific competence of inhabitation, and as a psycho-political and phenomenological art, in which the only newness one should aim for is to increase equality, wellbeing, and joy. Therefore what is needed, besides a comprehensive political framework and lebensform, is rather to (re)discover abandoned methodologies of design and ways of inhabiting and thinking about space. During his residency in Grasse, Bava worked on a new essay on the classical orders of architecture as cybernetic devices.

During their stay in Grasse, Anna and Alessandro started working on a collaborative project.

Anna Franceschini (Pavia, 1979) is an artist, filmmaker and researcher. She works on the filmic representation of objects and the cinematic qualities of showcases for commodities. Her videos and films have been shown at the Rotterdam Film Festival, Locarno Film Festival and Torino Film festival amongst others. Institutional solo and group exhibitions include Dusseldorf Kunstverein, Spike Island in Bristol, Museion in Bolzano, CAC—Vilnius, Centre Pompidou and Les Abattoirs in Toulouse. She has been commissioned for a filmic project as the closing event of the Italian Pavilion at the 58th Venice Biennale. She is a fellow of the Rijkskademie van beeldende kunsten in Amsterdam and of the Italian Academy for Advanced Studies at Columbia University. She is a PhD candidate in Visual and Media Studies at Iulm University, Milano. Her fields of research are media, film history, pre- and para-cinematographic devices, exhibition design, cultural industry and critique of commercial displays.

Alessandro Bava (Napoli, 1988) is an architect and writer based in London and Naples. He graduated from the AA School of Architecture with a thesis on sacred space and the origins of the American city with Prof. Pier Vittorio Aureli. His research focuses on the politics of building and the poetics of space. His work has been shown at the Ludwig Museum in Cologne, The British Pavilion at the 15th Venice Architecture Biennale, the 9th Berlin Biennale and the Stedelijk Museum and has been awarded the 2015 Re Rebaudengo Serpentine Grant for emerging talent, Graham Foundation for Advanced Studies in Fine Arts Grants to Individuals and the MAK Scholarship for art and architecture in Los Angeles. He teaches architecture history and theory at the B-Pro graduate programme at the Bartlett School of Architecture in London while running an architecture studio in Naples currently working on exhibition designs and interiors. 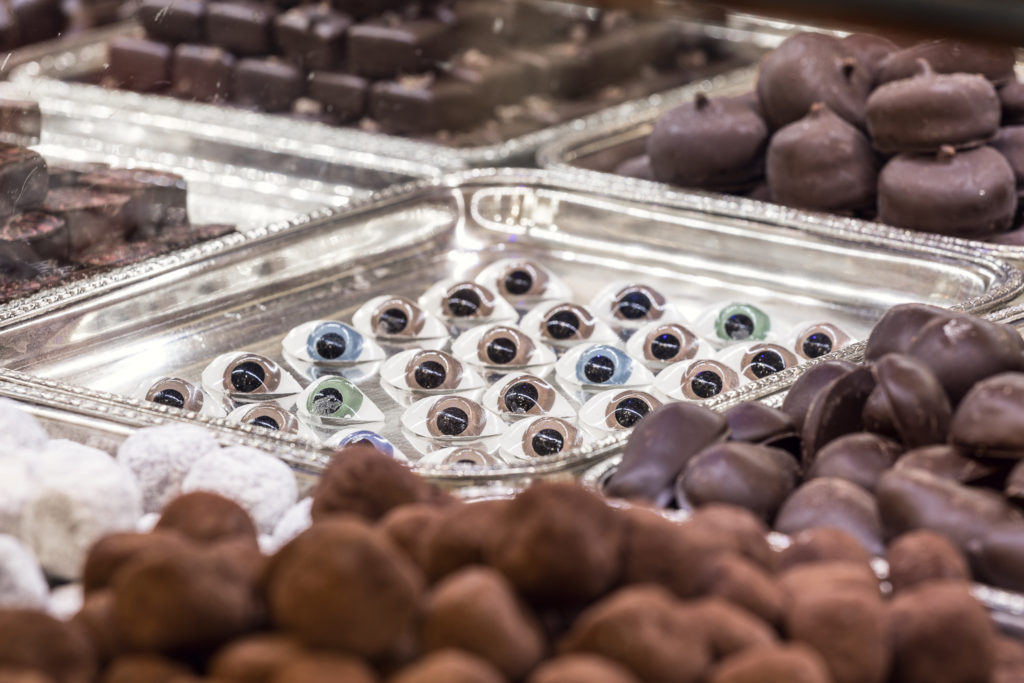 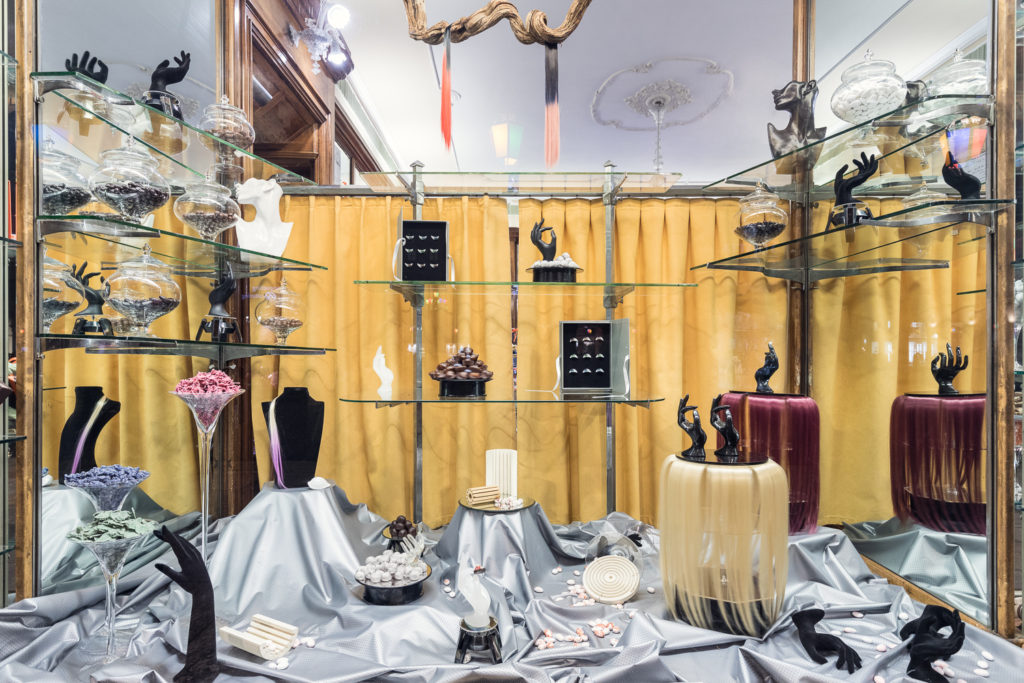 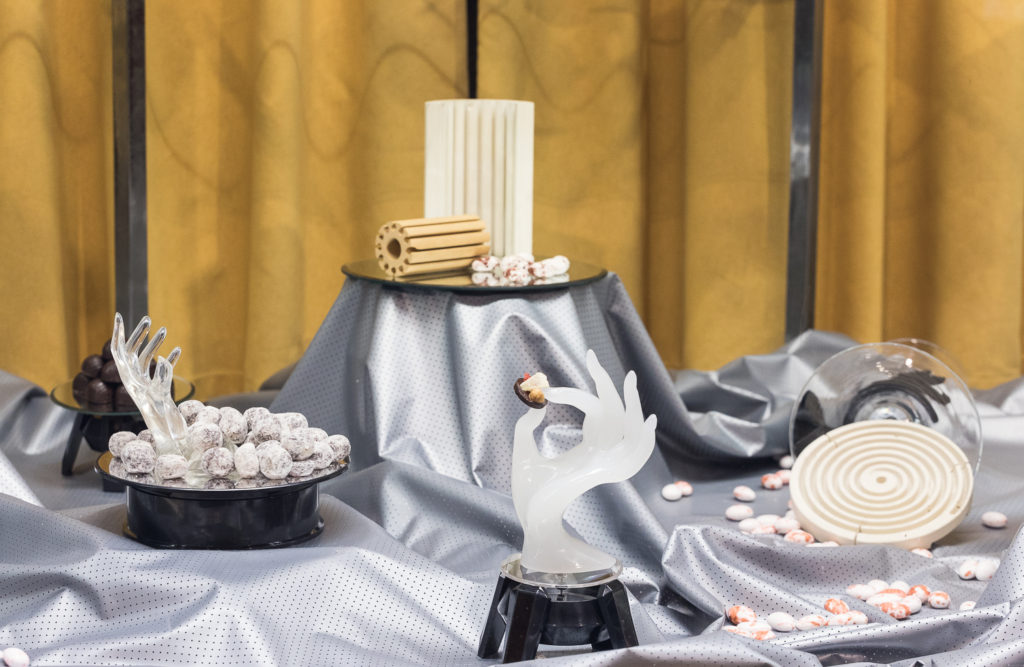 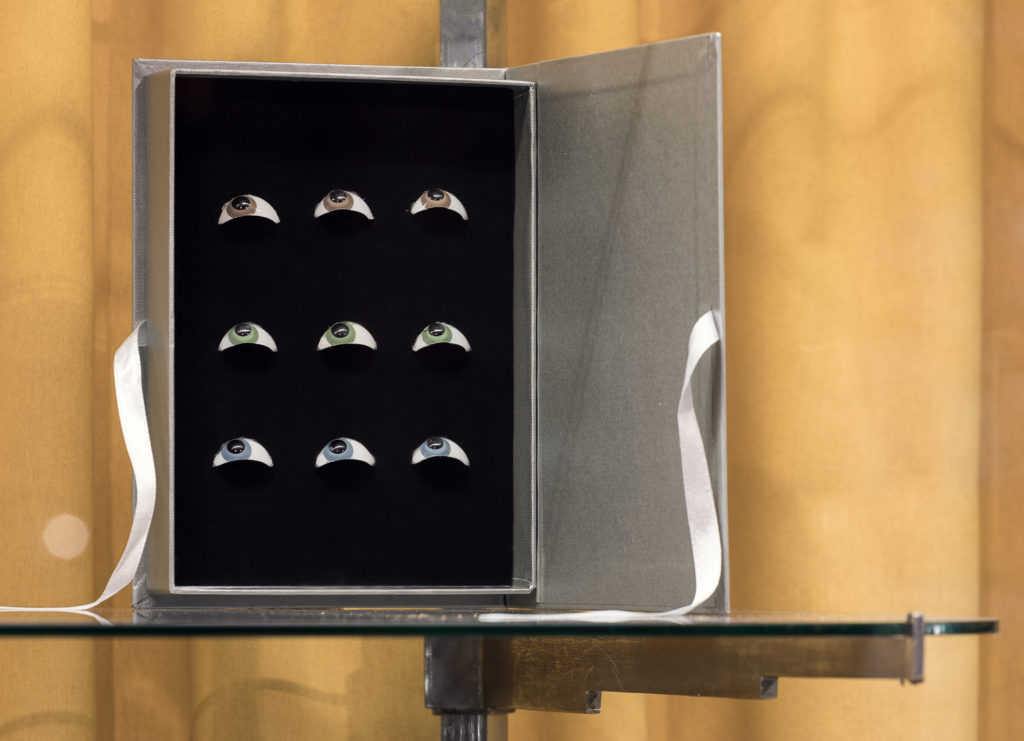