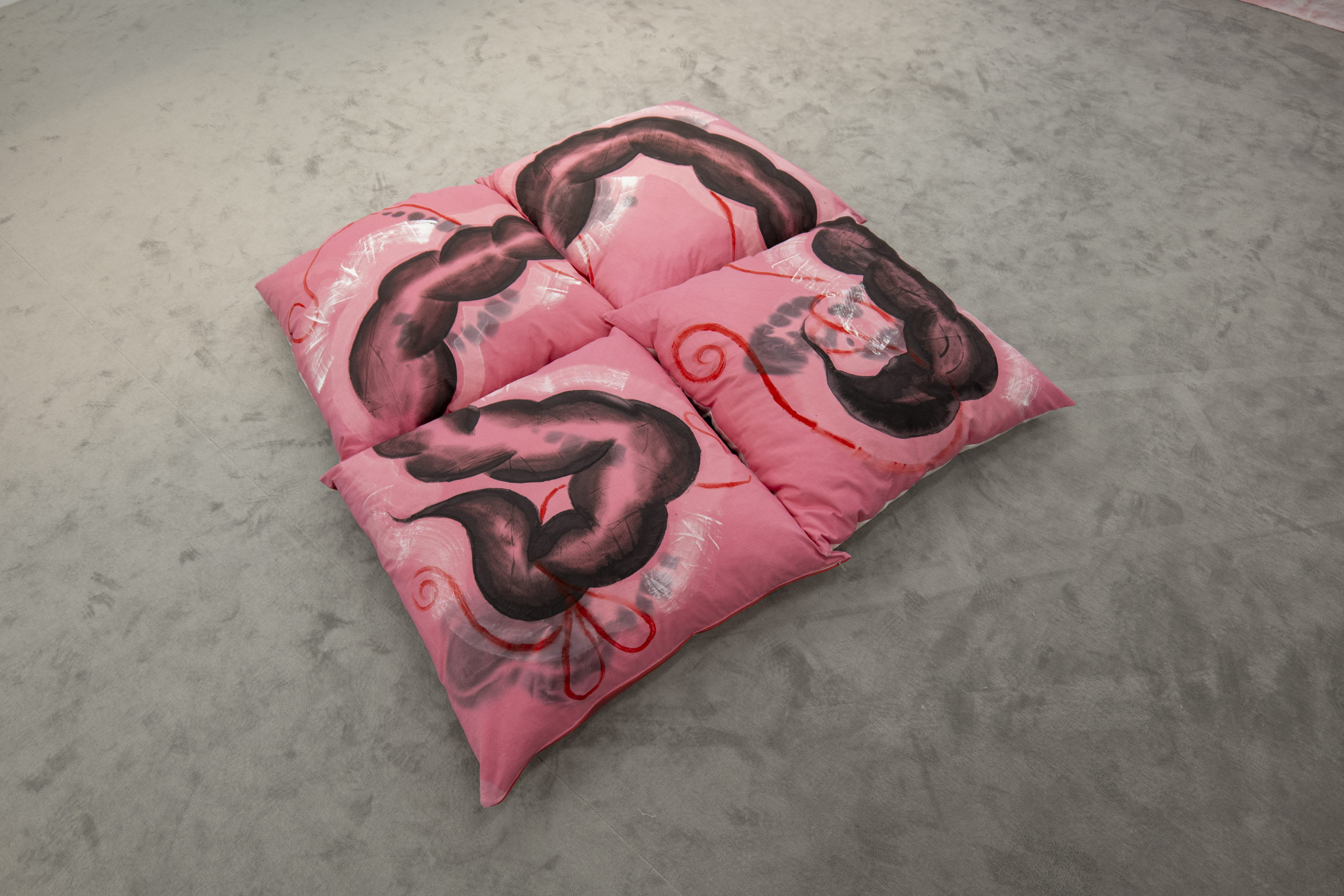 song without an ending

From April 14 to July 22, 2022, the exhibition space of the Società delle Api in Monaco, Le Quai, founded by Silvia Fiorucci, hosted song without an ending, an exhibition by Sofia Stevi and curated by Cristiano Raimondi.
The exhibition consisted of several large paintings, hung directly on the wall and made with cotton fabrics. These large works, ranging from three to ten meters in length, are inspired by Japanese ukiyo-e prints, made in the Japanese city of Edo between the seventeenth and twentieth centuries, a period of wealth and peace, in which the art world was flourishing; Byzantine art and Greek culture are another important source of inspiration for these works (and part of the artist’s personal heritage): mythical, historical and fictional heroines such as Medea and Medusa appear through allegories, images and suggestions, giving life to dreamscapes where reality and fiction intertwine. 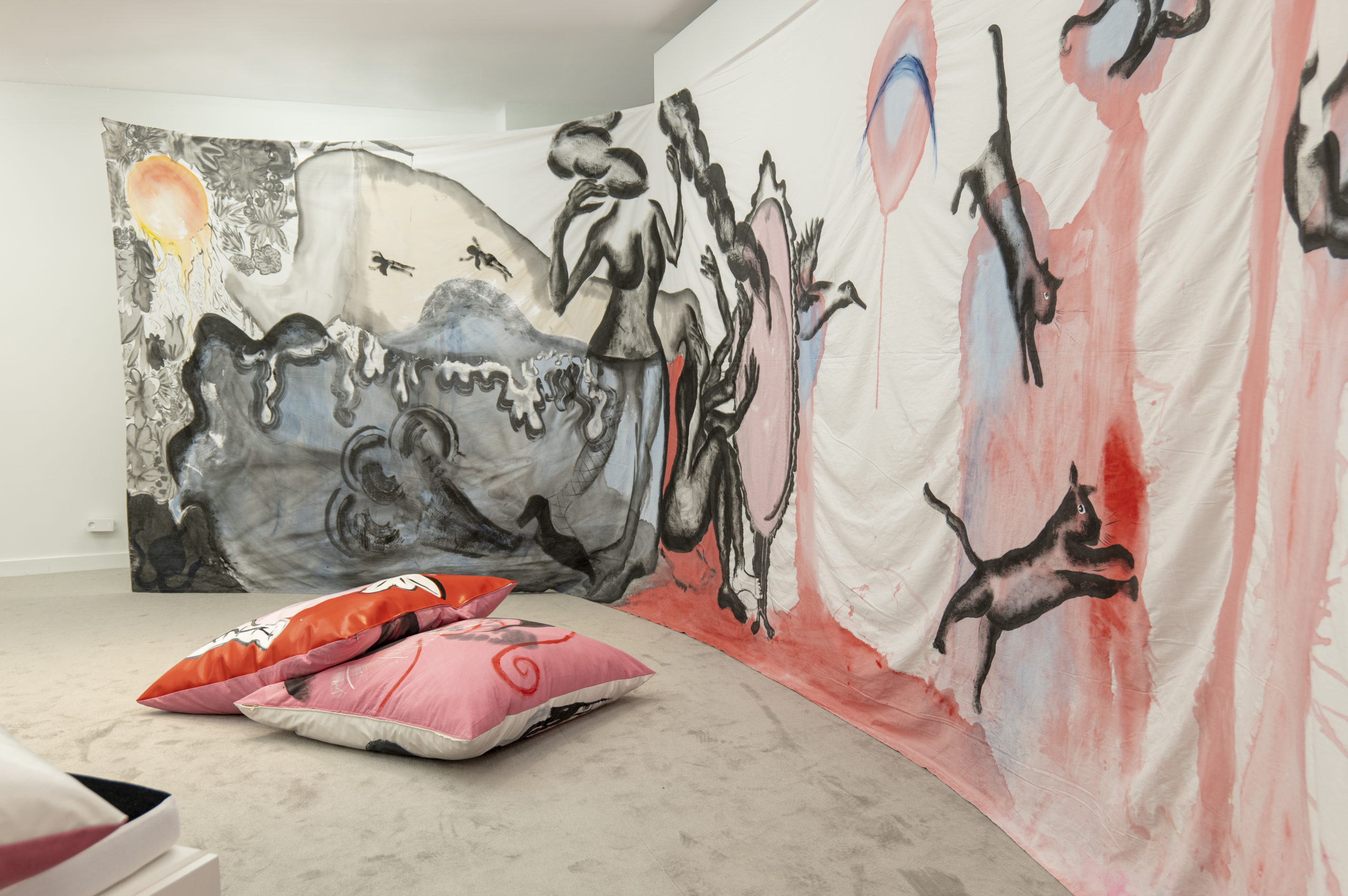 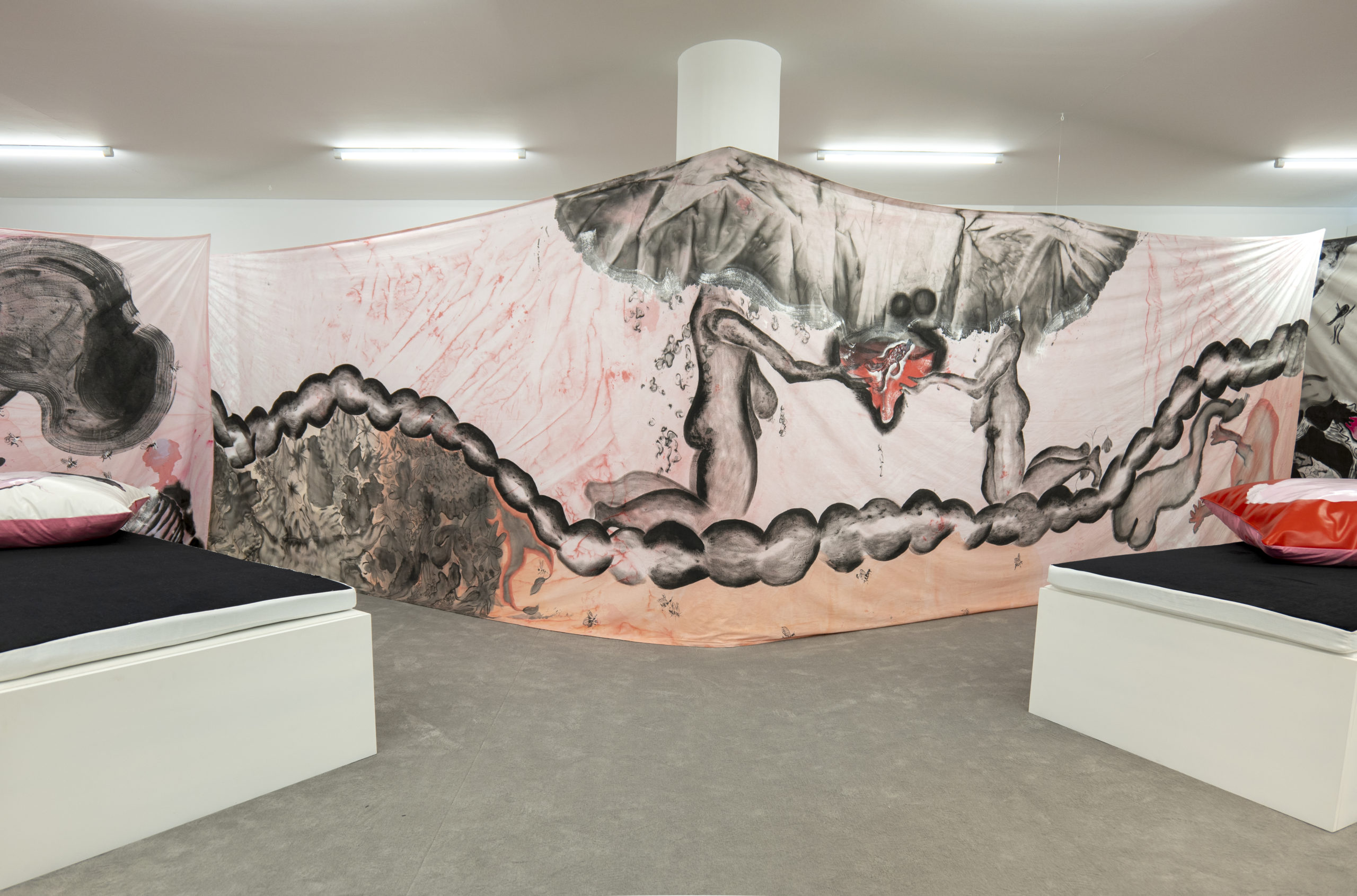 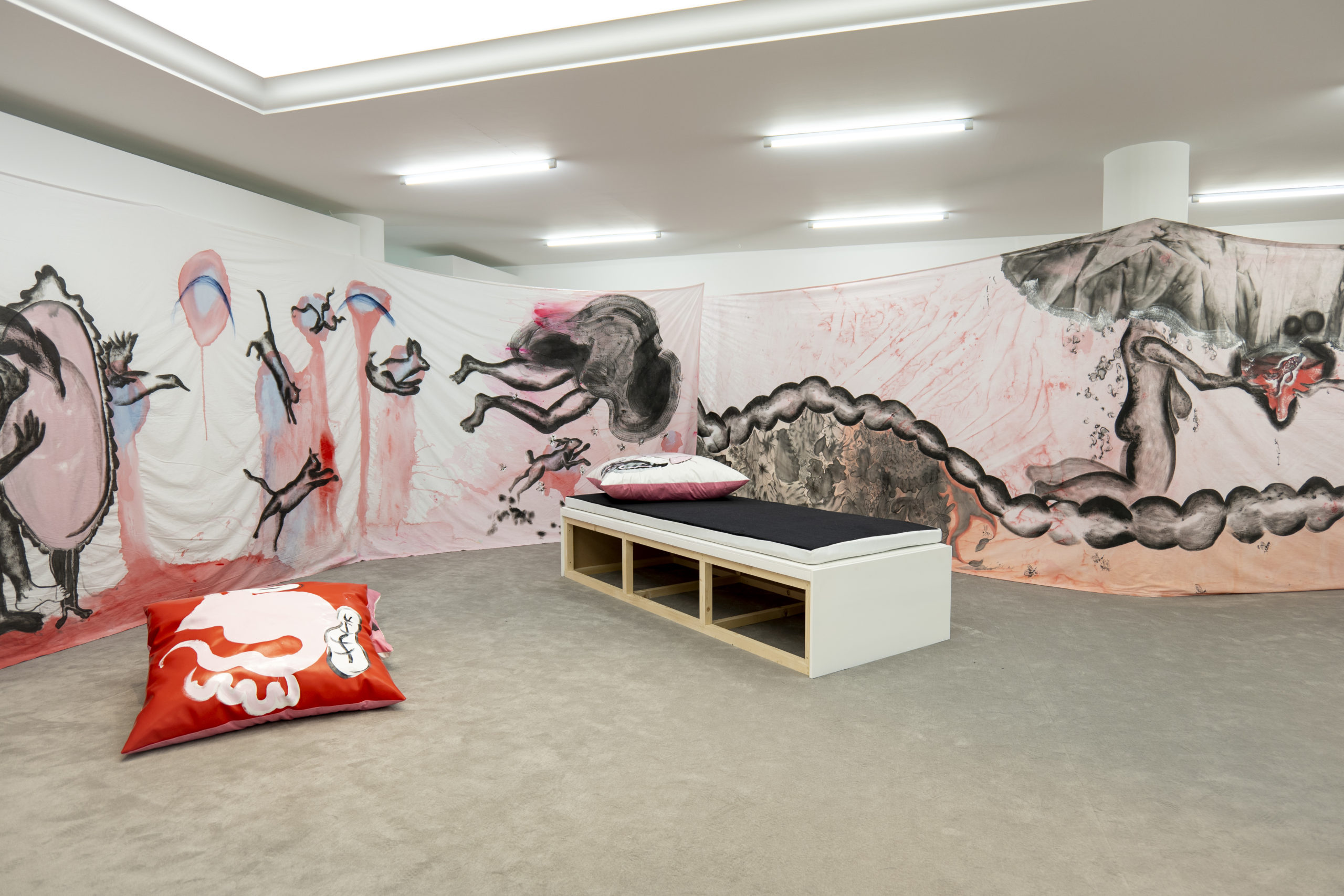 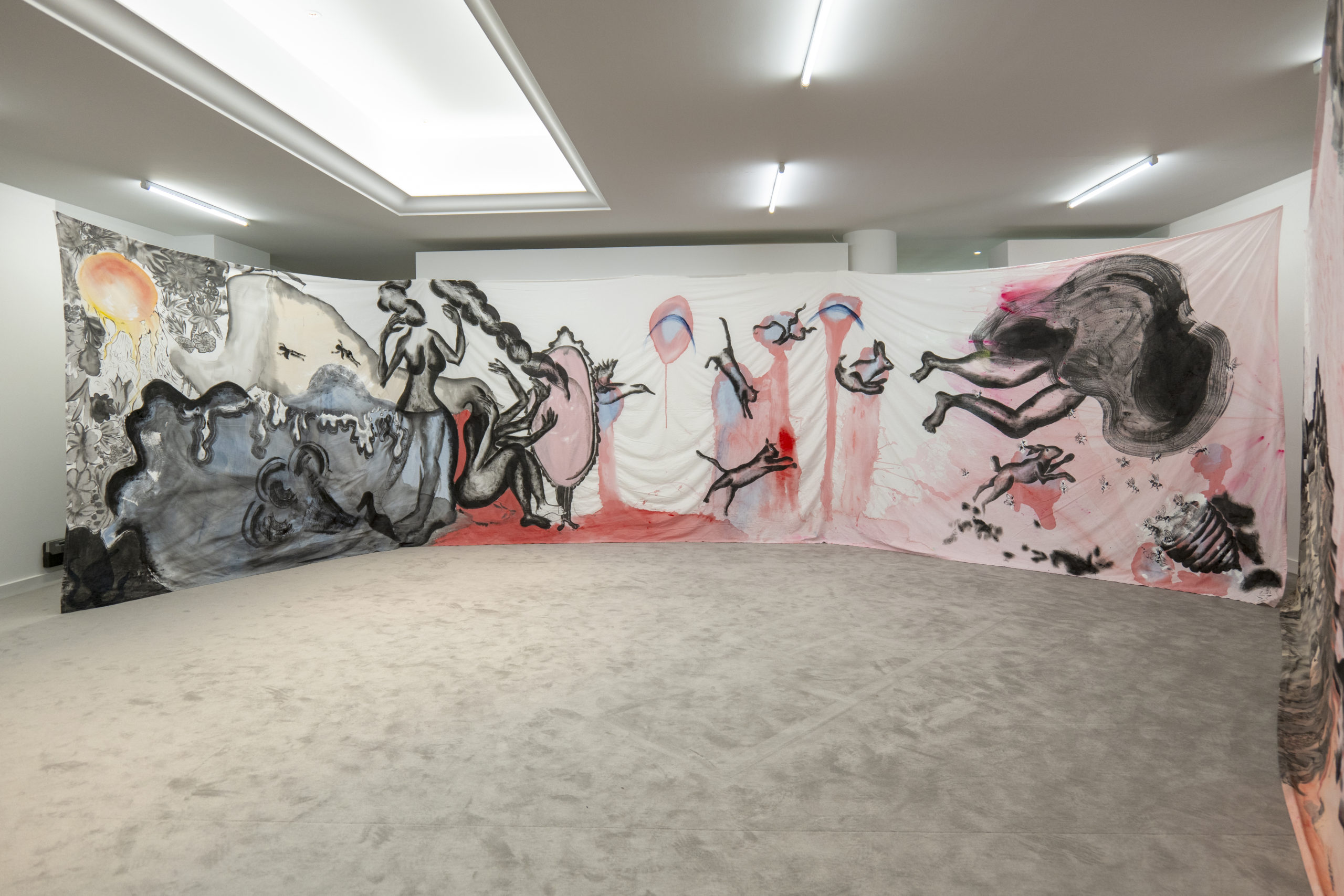 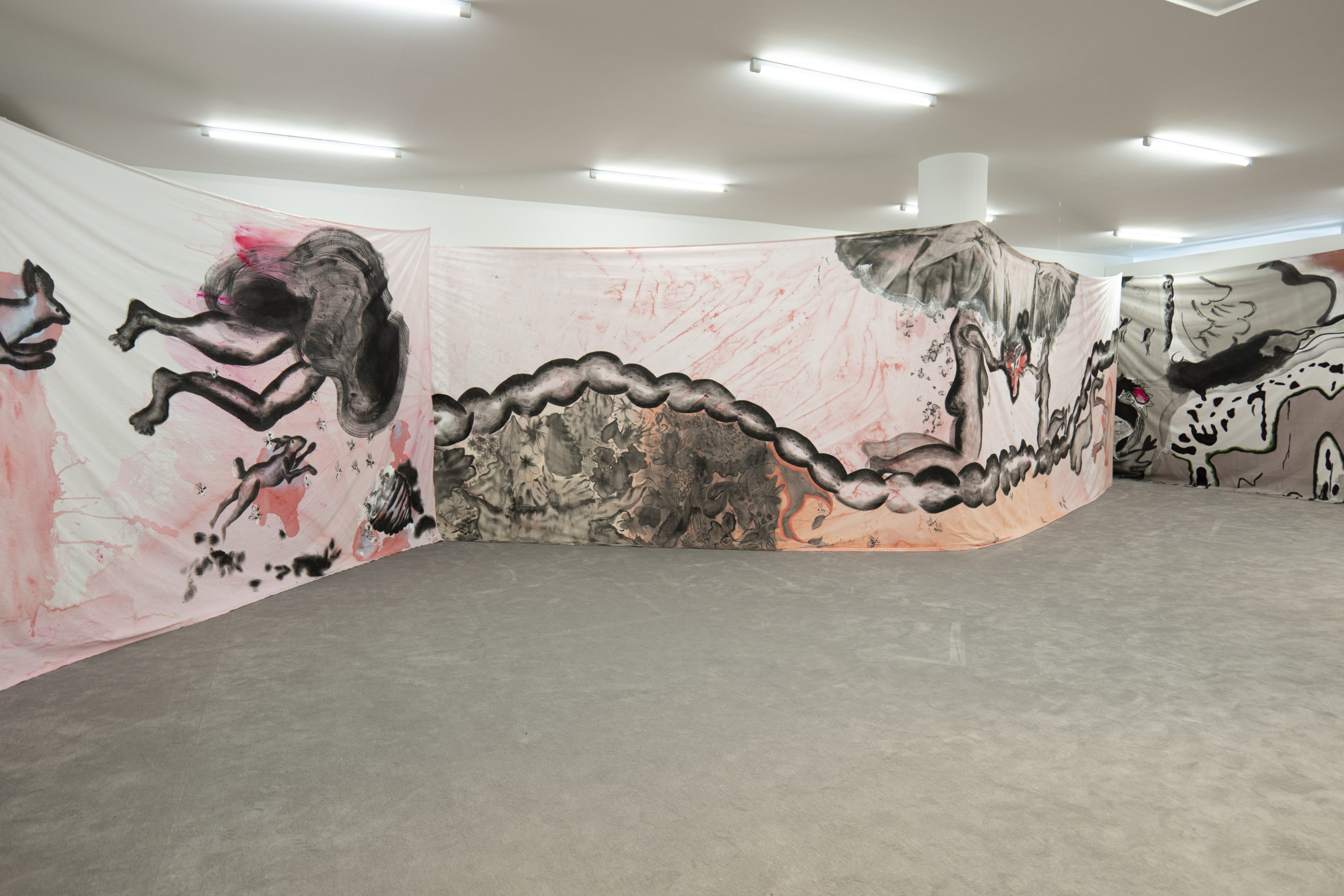 Ranging between two and three dimensions, and focusing on the decorative aspect, the paintings incorporate all these references in a very dynamic and theatrical way, creating a new and original narrative, populated not only by human figures but also, and above all, by animals. The representation of the animal and natural world is deeply linked to the sensibility of the artist, who was particularly affected by the disastrous events that occurred in Greece last summer, where a wildfire that lasted for days hit the island of Evia, burning forest land, forcing the evacuation of villages, and killing many animals such as rabbits, sheep, dogs, birds, and deer, that lived in the area. An event that showed the fragility of the world we live in and of the creatures that populate it; a fragility that has affected Sofia Stevi personally, in these last years, and that she felt the need to transpose allegorically in her paintings. 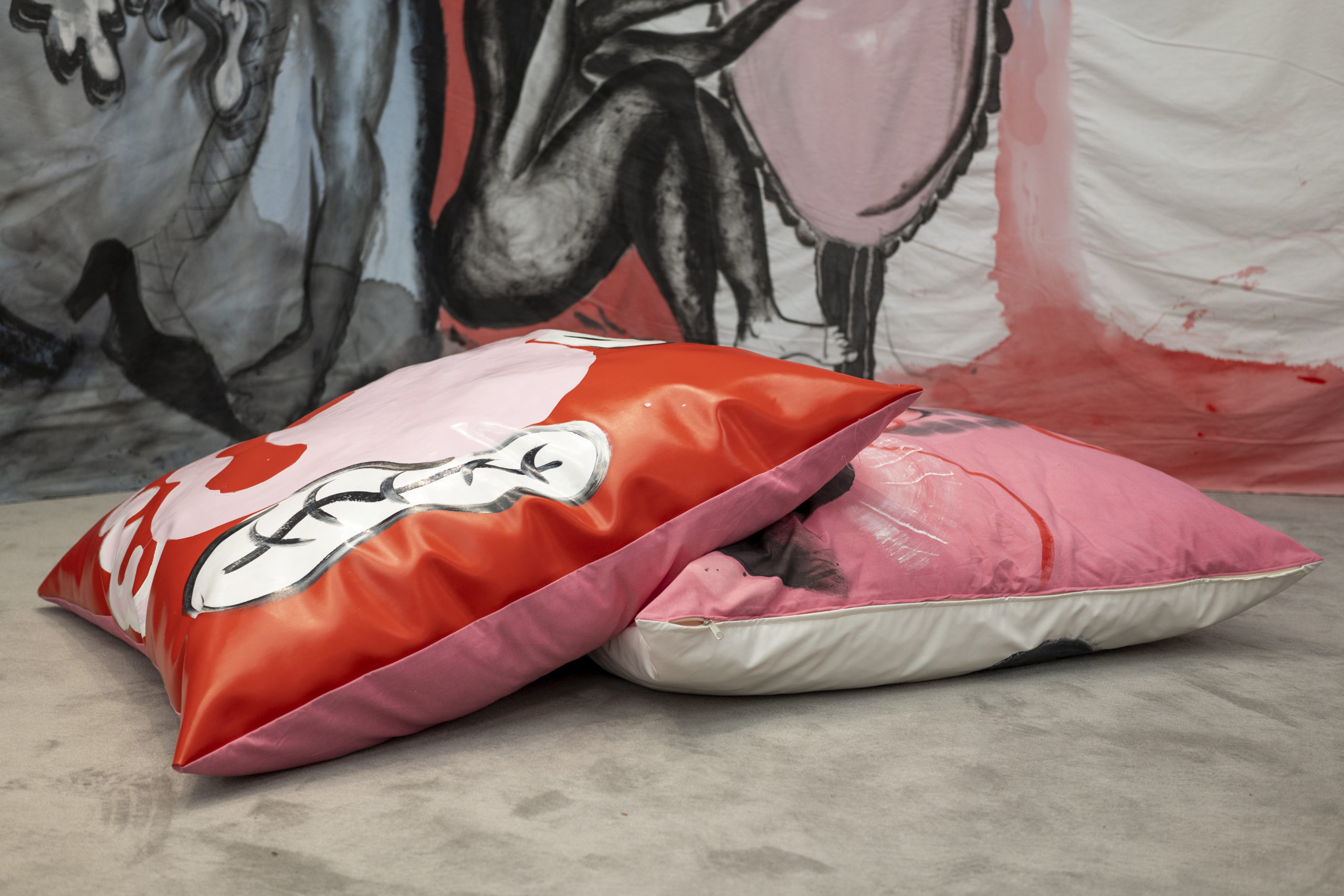 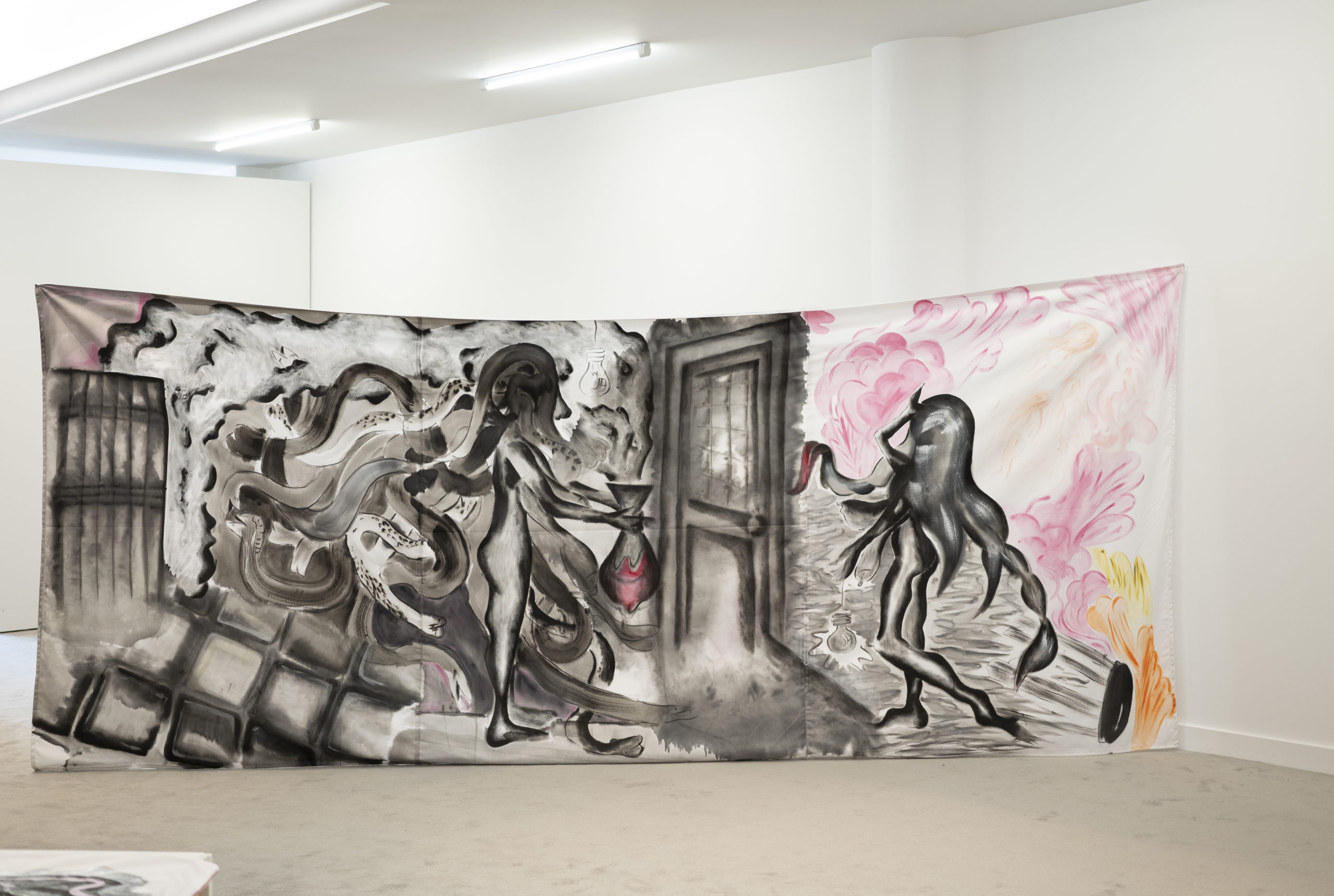 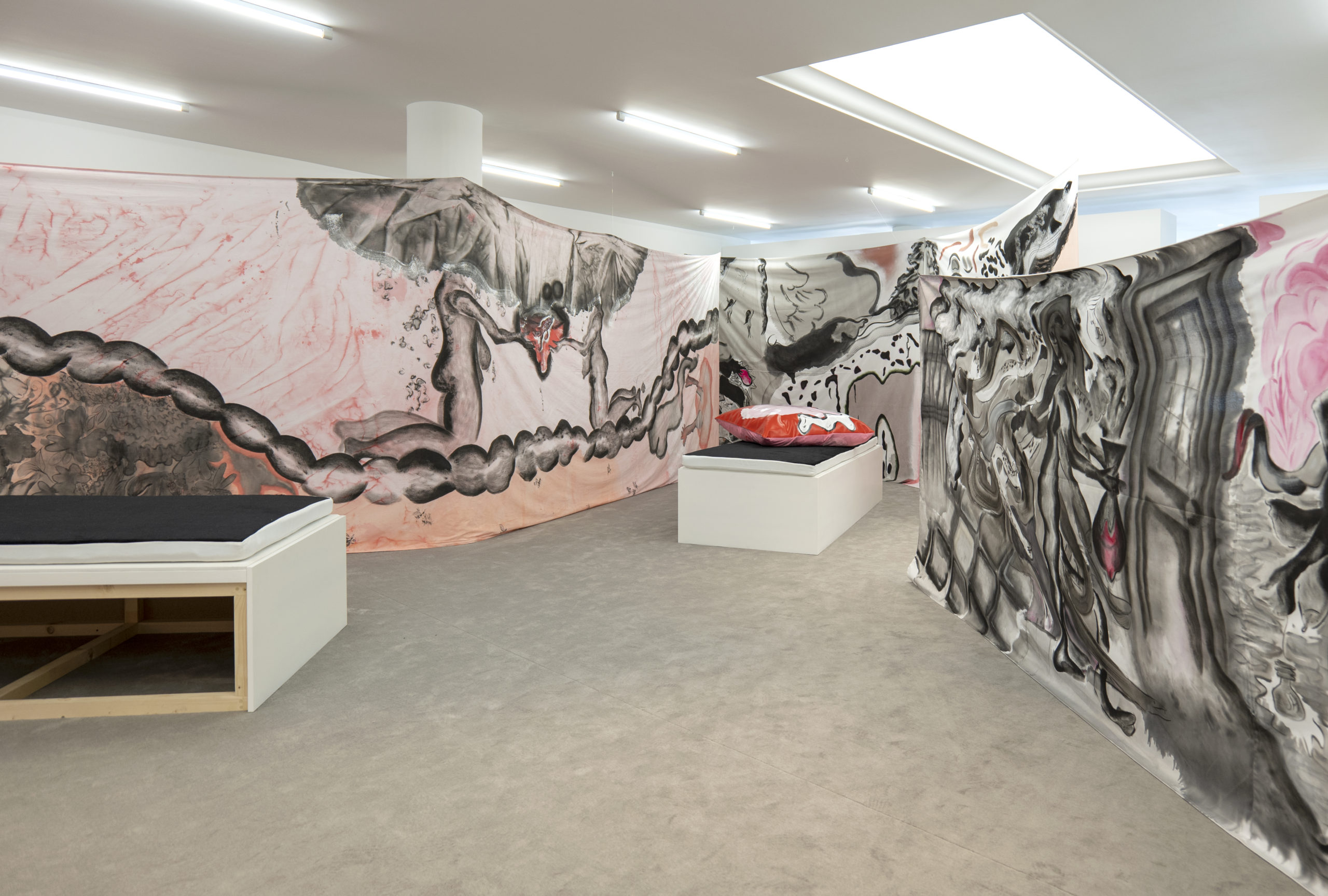 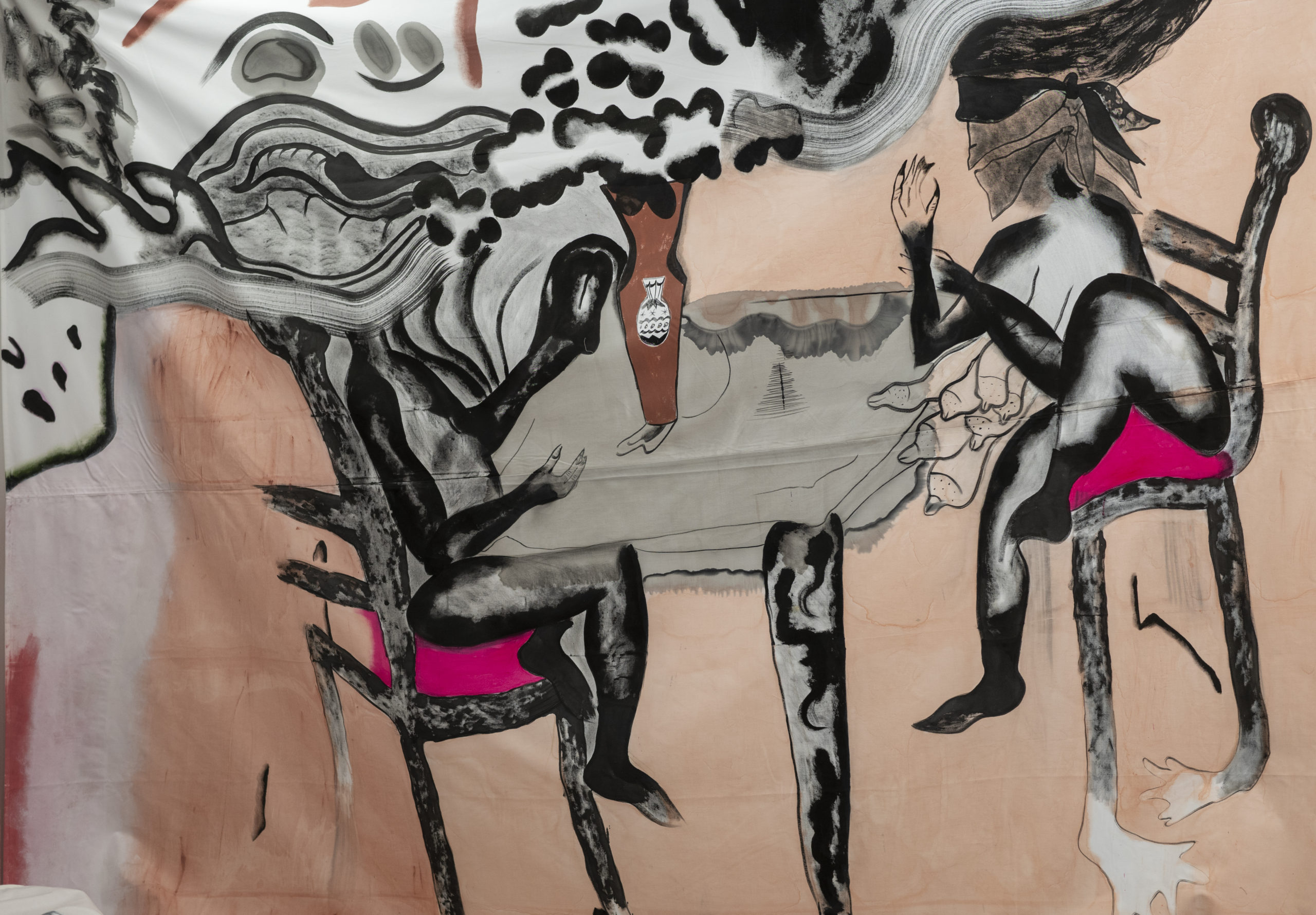 Stevi’s way of looking at the world and reworking its events recalls the sensitivity of a poet whose medium, however, is not words; her artworks are like poems made of paint, whose subjects are ephemeral, “stuff as dreams are made on,” quoting Shakespeare, one of the literary references dearest to her. The question Stevi asks herself is, in front of this transient fragility, what is the role of the artists: what is their duty, how should they face the world and its events and, above all, what can they leave behind them, and for how long.
The exhibition addressed all these themes by creating a dialogue between the works, which were linked together, creating a sort of landscape in which the public had the opportunity to walk, live, and enjoy the cultural experience. Visitors were literally surrounded by these paintings, which they were able to look at closely and inhabit, recognizing the subjects and following their stories, as if it were a theatrical, as well as artistic, performance. 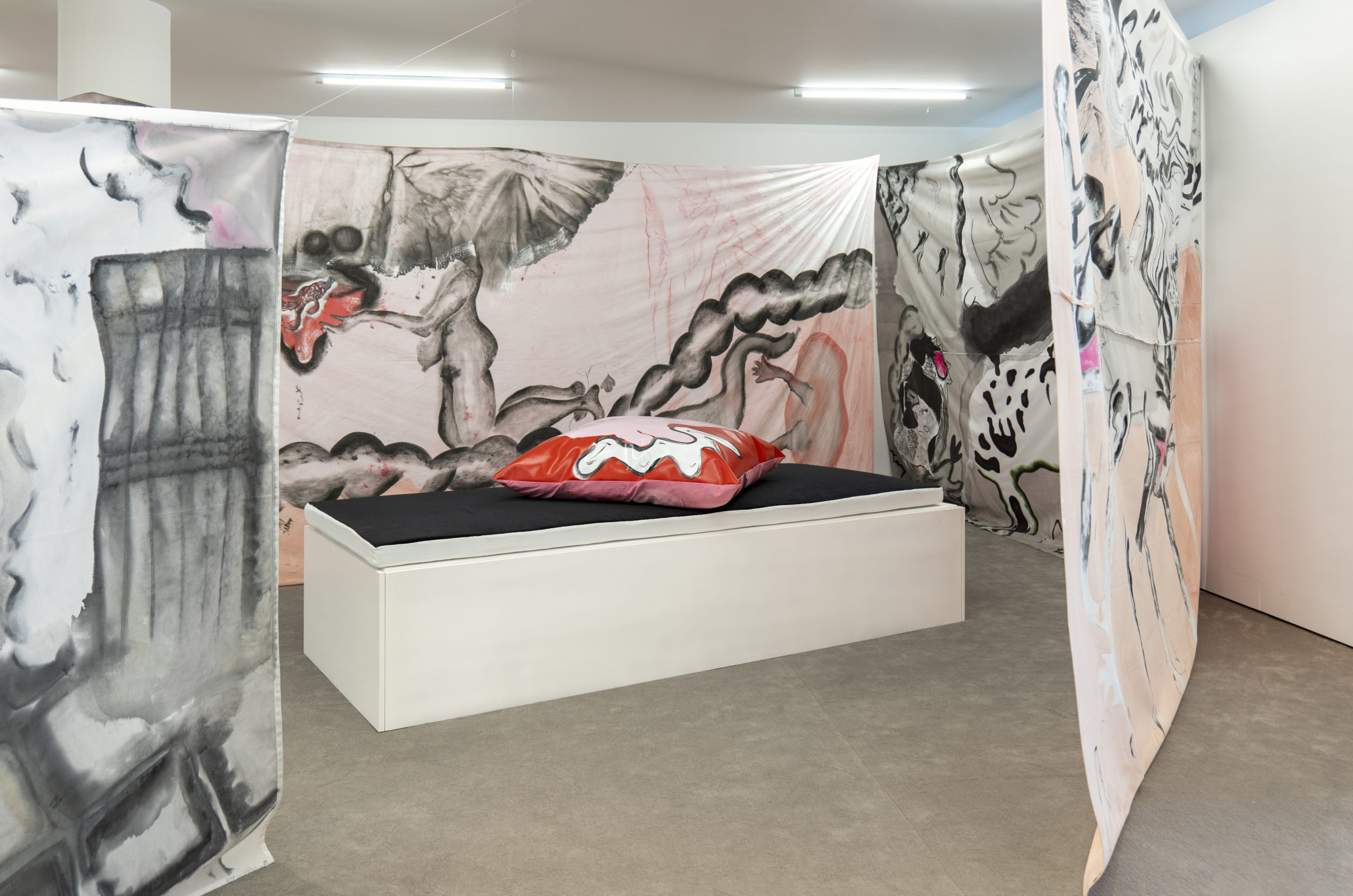 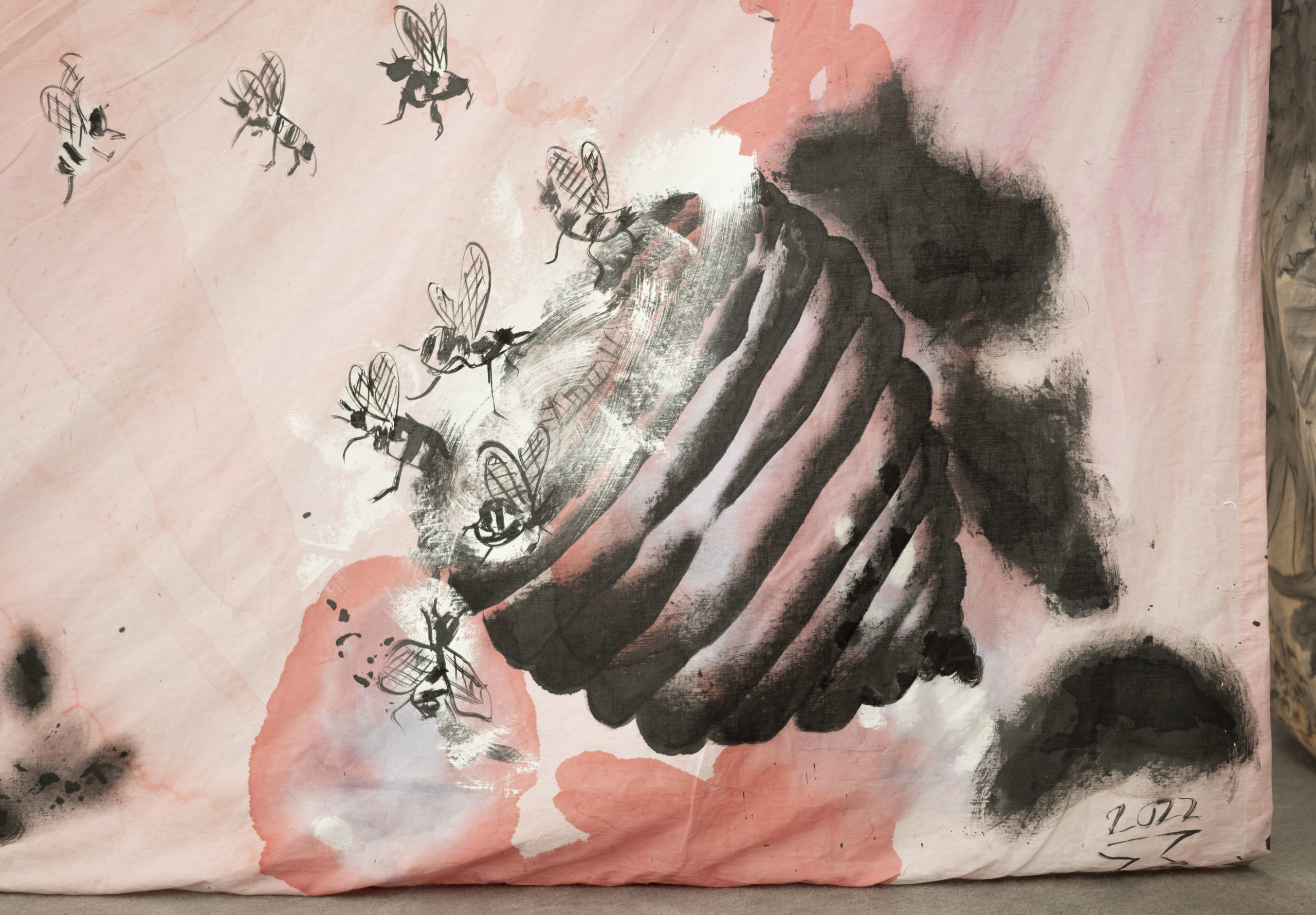